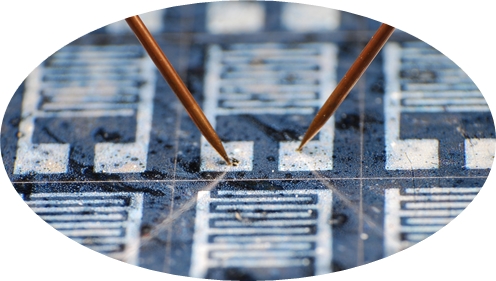 Institute of Nano Electronic Engineering (INEE) was established in November 2008 as a converging hub for innovation, research and expertise in Malaysia, particularly for the Northern Corridor Economic Region (NCER). The objectives of the Institute are to continuously promote nano electronics expert within the Malaysian market, introducing the best in micro and nano fabrication practices from around the world to Malaysian society and building direct links between the technology and education sectors.

INEE emphasizes on nano electronics engineering research activities that focus on nano biochip, novel devices, memory devices and nano photonic devices. In the near future, INEE will expand its research activities to nano materials and nano biotechnologies through interdisciplinary programs and collaborations. As a nano electronic research center, INEE’s role is to encourage and embrace collaborative work and interdisciplinary research among scientists and technologies. INEE strives to be a leading nano electronic research center in the region in line with Malaysia’s goal of having world class scientists. INEE is designed to accommodate a series of fabrication and analytical laboratories equipped with sophisticated scientific equipment to allow scientis to design, fabricate, characterize and test their own devices.

Currently, INEE is designed to accommodate state-of-the-art facilities and equipments, to be coherent with cutting edge technologies for the researcher to utilise and materialisme comprehensive research. Innovative efforts, blending fundamental and applied sciences with technological advances in the field of nanofabrication should lead to the creation of high performance devices with greater speed, simplicity and low cost for market needs in the 21st Century.

Recognising the importance of the above, INEE aspires to make an impact on Malaysian research communities, specifically in nano electronic research areas, and to strengthen Malaysia’s economic capability as well as the well being of the nation.