INEE was proudly received a visit from 2003’s Nobel Laureate Winner in Physics, Professor Sir Anthony J. Leggett on the January 15th, 2013. He was accompanied by the VC’s of the the UniMAP himself, Brig. Jen. Prof. Dato’ Dr. Kamarudin Hussin.

The short briefing regarding the INEE’s research progress was done by the director of the INEE, Prof Dr Uda Hashim. Generally Professor Sir Anthony J. Leggett was impressed for such a small lab like INEE was capable to achieve the research objectives especially in the nanotechnology arena.

Prof. Sir Anthony J. Leggett was also invited to be one of the Keynote Speaker at the Joint International Conference on Nanoscience, Engineering, and Management (BOND21) that to be held in August 2013. 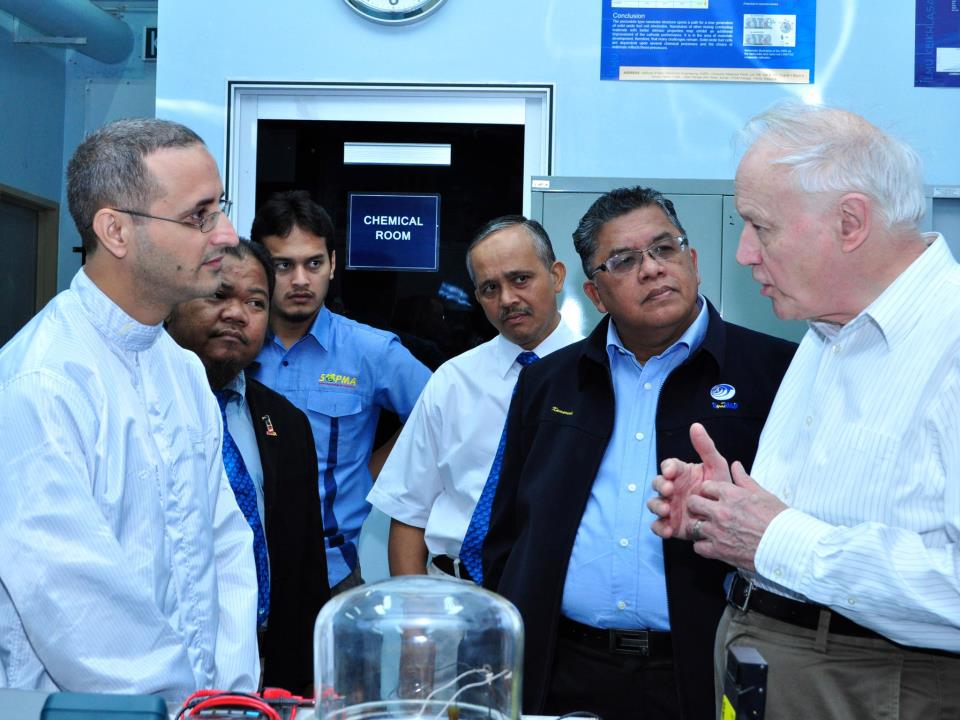