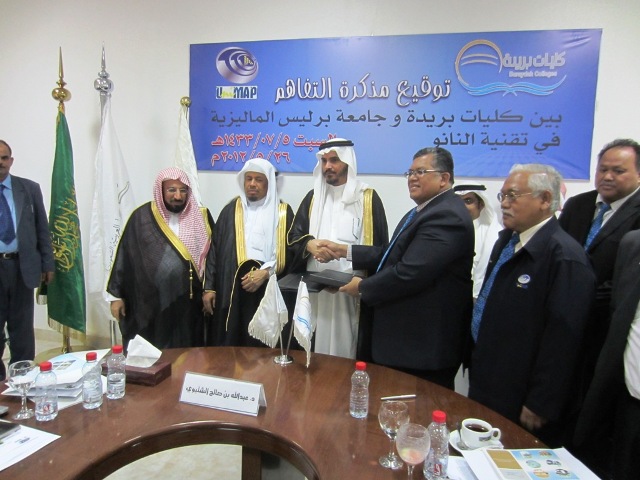 Institute Nano Electronic Enginnering has organized the Taguchi Method For Product & Process Optimization on Feb 28 until March 2, 2012 which then held at Hotel Seri Malaysia, Perlis.

The workshop was held over three days discussing the Taguchi method to optimize the process and products produced researchers used statistical methods.

In closing to this visit, a talk related to the introduction of TRIZ Innovation & Taguchi Method in Research was held on March 2, 2012 at Dewan Tun Mahathir, Seriab.

The course objective is to explain the basic philosophy of Taguchi method, principles of quality engineering, its applications and economic benefits, its relevance to Malaysian industry, its successful application in India through presentation of case stud-ies. Course aims at motivating the industry to learn to apply this important method for improving the product/process quality and reap the economic benefits.

The liberal economic policy of globalization has, for the first time, exposed the Malaysian industry to global competition as has never been done before. Large multinationals are purchasing hefty equity stakes in large Malaysian companies, revamping and restructuring them to suit their own product ranges. The liberal economic policy has thus thrown a challenge – to produce world class quality products at globally competitive prices. The Malaysian industry desperately requires Product Design to optimize the thousands of existing products and processes. The industry could be saved by focusing on Product Design and must improve the quality of its products and simultaneously reduce their costs drastically through product (process) design optimization. It must do this quickly!

Taguchi Method is a new engineering design optimization methodology that improves the quality of existing products and processes and simultaneously reduces their costs very rapidly, with minimum engineering resources and development man-hours. The Taguchi Method achieves this by making the product or process performance “insensitive” to variations in factors such as materials, manufacturing equipment, workmanship and operating conditions. Taguchi method makes the product or process robust and therefore is also called as ROBUST DESIGN.

Taguchi Method is an appropriate solution:
It attacks existing products and processes with a high success rate. Competent R&D engineers can easily apply it. Results are achieved quickly – within 4 to 6 weeks. Solutions given by Taguchi Method can be implemented at an affordable cost. It is readily amenable to computerization.

What You Will Learn

Training in Taguchi Method will help engineers in “How To”:

The quality of materials and chemicals used in manufacturing is very important to making quality products. Therefore, the vendors should be introduced to the on-line and off-line Taguchi methods.

Professor Apte has recently joined Indian Institute of Technology (IIT) at Mumbai and has 30 years of research experience at the Tata Institute of Fundamental Research, Mumbai. For over 15 years, he has conducted courses on Process Optimization using Taguchi Methods. For the last 10 years he has been studying the new method of Russian origin, called “TRIZ – Innovative problem solving”, and its potential in innovative research, problem solving and opportunity creation for R&D in Indian National Labs and in Indian Industries. He has given overview lectures at various academic institutions and R&D laboratories, conducted 2-day courses for Research Scholars at IIT Madras and IIT Kanpur. He has conducted summer/winter camps for students of IIT Bombay in 2003 and 2004. In the past 7 years, he has conducted over 24 CEP ‘open’ and ‘in-house’ courses for Indian industry. He has recently completed a 2-year consultancy for Pidilite industries with a successful application of Taguchi Method and TRIZ. Most recent course on Taguchi Method was conducted for Mahindra and Mahindra, Auto industry from Nashik, India.

Fees are categorized as per below: